Out and about in heels! 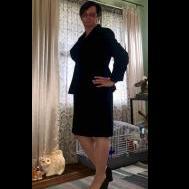 Well, I finally broke down and wore my heels out and about. Didn't get no comment'sI did get a few look's escpecially from one girl in an office store I went to she made it a point to come over and ta

scrappy, your grammer is so bad.