Age first started wearing heels and your thoughts on wearing them. 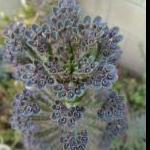