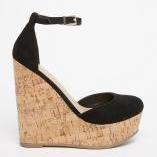 Been quite a while since I posted my own content here. Thankfully, things have calmed down nicely on my home front, still not out of the woods, as they say... but we're doing much better, thanks to a

Hiya all, Just thought I'd check in with y'all. I haven't heeled for quite some time. Stressful times at home, but today I really felt like it, so threw on some skinny jeans and a pair of an

Hi all I still haven't worn my new boots properly - just tried them on briefly. The OTK boots are actually thigh high!  I didn't think they would be so high!  So they will be a little tricky to g