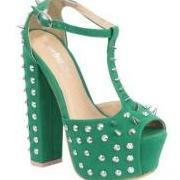 My wife and my heels