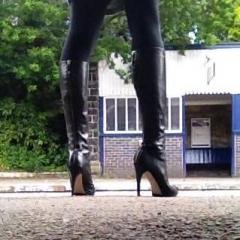 I just received my last purshase, boots from gianrico mori boots, in white. 16 cm off heels, size eu 44. they are the same i have in black; i am so happy