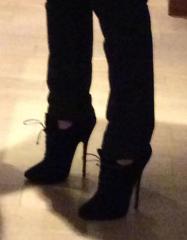 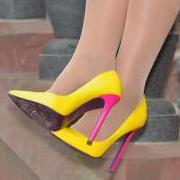 In the last 5 years I have seen about 4 other men in heels. At the hometown boutique that I frequent. the manager tells me she has several men who buy heels. I just wonder if they get the same royal t

A few weeks back i stopped at an inner city McDonald's. I walked in heels in full view as usual. Clerk, an african American stopped a bit short when he took my order. Then said, i love you heels, but